I've always had a love for music. I was born in San Antonio, Texas 1961 but spent a lot of my childhood between Southern California and San Antonio.

My father was a big fan of 60's soul music. When in my dad's car there was a steady stream of Aretha Franklin, Ray Charles, and James Brown. My mother influenced me with Barbra Streisand, Herb Albert, and Dean Martin. My Grandparents bought me 'The Chipmunks Sing the Beatles Hits' album when I was maybe three or four and I still have home movies of me and my sister dancing around the living room in front of the record player.

I remember listening to radio KCBQ in San Diego. My favorite DJ was Shotgun Tom Kelly. I still can feel the pleasure of sitting in my room with my hamster and Beta fish and the radio playing all the hits of Elton John, Steely Dan, Carly Simon, and Rita Coolidge.

Something happened when my mother introduced me to some friends she knew in Baja California who ran a small circus. I was thirteen years old and the excitement of the crowd was intoxicating. People paid to get in to watch death defying performances and I had an all-access pass.

I was befriended by everybody in the big top and was invited to stay with them for a while. My mom aloud me to stay as long as I helped out however I could. I wasn't very good at tricks, and did not have very good balance, so I became an announcer. The circus was in the tourist area of Rosa Rito at the time so I announced in spanish and english which brought in a lot of the tourist. I would even dress up as a clown and ride on top of a truck and make announcements along the streets as we through candy to the kids.

Back in San Antonio I found a fondness for photography. Annie Leibovitz was the photo editor for Rolling Stone Magazine and I had her photos plastered all over my bedroom walls. Before I even knew how to use a camera, I built a darkroom in the back of my grandmother's house. It was an extra room with a kitchen sink. I enclosed it so no light could get in and installed red lights to make it look like a dark room. I cut out rock n roll pictures from magazines and put them up on strings with cloths pins to make it look authentic. I would turn on the red light, dial in KISS/KMAC on the radio and get high while listening to Joe Anthony introduce us to AC/DC and Judas Priest.

It wasn't until collage that I learned to properly use a camera and darkroom. One of my first assignments was to photograph an event over the weekend. The instructor said it could be a parade or wedding or any event, just bring the film back on Monday to process. Well, Michael Schenker was performing that weekend at a club called Daddy's. I arrived about five hours early to see if I could get in to shoot the show. The roadies told me to talk to the Road Manager. When I found the guy I was looking for, I told him I was taking pictures for the local collage (Didn't really lie). He told me I could shoot for three songs only and gave me my very first photo pass. I was so excited! I went into the club and waited as the roadies did their thing. a couple of hours later I met another gentleman waiting in the club before the doors opened. We struck up a conversation about Michael Schenker which evolved to The Scorpions and other bands about that time. This guy was an encyclopedia of rock roll and I was enjoying our conversation. Then, the Road Manager came back over to me and said that the local radio station had given away a guitar autographed by Schenker and the winner was going to meet MS back stage but the photographer had not shown up yet. Then he asked if I would take some photos back stage for him. "I'll let you shoot all nigh long," he said. Oh My God! trying to remain cool, I turned to the guy I had been talking to and said, "I have to go backstage my name is Eli." He said "I'm coming too, my name is Joe Anthony." Holly Cow! Not only was I going backstage to take photos of a rock star, but I had also been talking to the same KISS/KMAC DJ I would listen to in my pretend darkroom. My head was swimming, but I remained calm and did the job. I got everyones info to send my images and had quite a story to tell at Photo class on Monday. I was hooked. 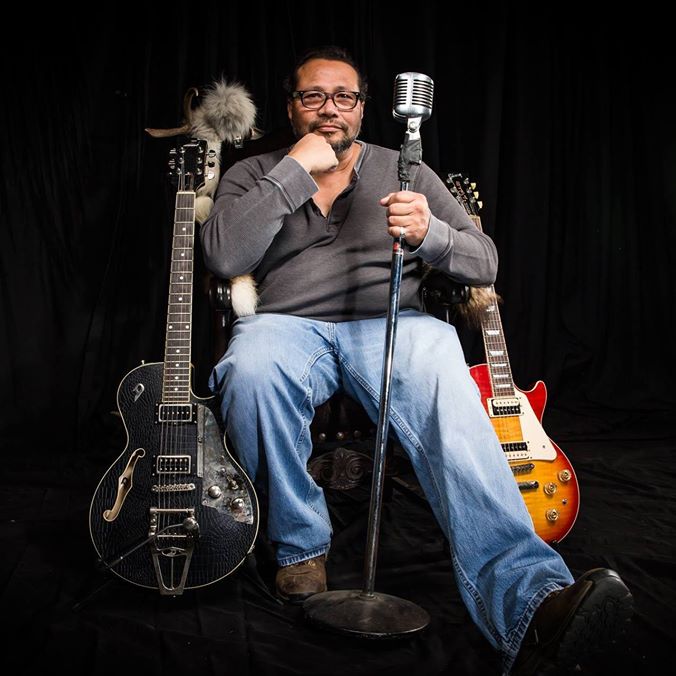